There are still a lot of women who think it is a lack of manners to ask a man out. And what is the reason behind it? Women are strong, with solid careers, but they still have to wait for a man to take them on a date? Well, experts are pretty split between pushing women to risk it all and as a man out, and just having women give out signals and vibes and letting men do the rest.

If you ever wanted to invite a man out, or want to do so in the future, here are 6 reasons why you should stop thinking about it and just do it.

Yes, it’s a little frightening. So, you are afraid of rejection. And yes, if you are rejected, you can get a little sad. But in the end, rejection makes you realize that it isn’t such a big deal. You’ve got it – it’s time to get over it and ask a few men out.

Unfortunately, you cannot always achieve what you want. But you’ll never know until you try. You must always fight for what you want, whatever the situation is.

As you lay there, spending some time with that friend you’ve known for years, analyzing everything, thinking why has he not made a move until now, and whether he is interested in you, I have last-minute news for you: the guy might think the same thing about you. It’s madness, isn’t it? So just ask. Or make a move. Because otherwise…

If you only continue to flirt with him (or worse, just hang around him) in the hope that he gets the clues, and yet nothing happens, if you don’t make a move you will regret it. You’ll always ask yourself what didn’t work. There is no better clue than “would you like to go out sometime?”

This does not apply to any situation, but in most, it will. So, frankly, what could you lose?

On the other hand, some experts say that you shouldn’t just ask a man out, because, in general men don’t like it. A woman who does that usually gives the impression of aggressiveness, despair, or lack of femininity. We know it is fashionable for the independent, successful, bold woman who works very hard to get what she wants, but some limits must stay in place and that is an area where we need them.

So, dear miss, they don’t recommend you ever let these words fly towards a man: ” ‘I’d like to invite you to a coffee in town, what do you say?”

Do not get it wrong, they do not encourage the myth of the frail and fragile woman as a grass thread, but here you don’t have to show your power; or at least not in this way. There is a difference between inviting a man out and making that man invite you out.

Women who invite men to go out? No.

Women who use their charm to make men ask them on a date? Yes!

And what would be these charms a woman possesses? Besides the usual everyday flirts, there are many other things a woman can do to improve her chances of getting a man.

For instance, let’s say you’re at a party or a social event. You see him on the other side of the room and you can’t take your eyes off of him. Your friend tells you to go to him and ask him out. But you have read this article and you know that it is very likely that he will not budge to such a direct approach.

What is to be done? How can you make him act and invite you on a date?

So, if you see a man you would love to see again, how do you act? 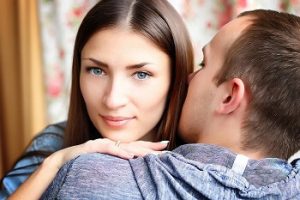 One method would be to: put yourself in a position to make him notice you…. for real. You find the best position, of course, from a spatial point of view, in which he can see you. Slowly forward, and “place” your wounding body at, say, about 3-4 meters diagonally in front of him, turn your head, and smile at him. Maybe he doesn’t see you from the first attempt, so you’ll try again. There, he saw you! Now that you are in his view, he will be able to establish visual contact with you…and, what do you think happens when you look at each other’s eyes and you smile? Your invitation to him, to come to you and to introduce himself, has been launched.

The result: The woman acts and the man takes the initiative. The woman remains in control and retains her aura of femininity.

What if the man you just met does not take any concrete step? If you don’t believe in the second chance and don’t want to miss the opportunity, choose an honorable way to invite him on a date.

There are ways to invite a man out so that you avoid the awkward situation that any woman is afraid of when she has to take the first step.

Instead of simply giving him your contact card, find a neutral topic of conversation. If you’ve already tried the new cream coffee from the coffee shop menu, you can suggest he buy it without sugar if it’s sweet enough or to avoid it if you didn’t like it. Ask him something about the book he has on him, or find another subject for conversation.

Show him subtly that you are interested in him by using non-verbal language. If you’re sure you’ll see him again because you eat lunch at the same place, 2-3 times you can simply talk to him or show him a few subtle signals from a distance. In this way, you give him the chance to take a step towards you if he wants to.

If you want to look your best, the simplest method is to look in the mirror. Do you like what you see? If you feel good in your own skin, if you love and respect yourself sufficiently, these things will also be passed on to the man who has aroused your interest.

If you’ve come across him several times in the same place, it would be good to have your first date take place elsewhere. If you want both of you to be comfortable and relaxed, propose a meeting place you don’t know, nor does he. In this way, you will be far from the indiscreet eyes of those in the neighborhood and you will enjoy a new experience. Once you get the confirmation, hurry to leave. You will both feel relieved and have time to digest the information. Don’t write to him, call him, or send messages up to the meeting’s moment.

If you have a friend who has already invited a fellow to town, you might ask her some questions. It’s not out of the ordinary to get some good tips. If you have male friends you can talk to them openly, ask them how they would like to be invited on a first date by a woman. It never hurts to have a masculine perspective.

Although women should be able to overcome the eternal differences between male/female stereotypes, in the end, everything depends on the personality of women.